Big problem- how to have a “Frozen” party without any “Frozen” themed decorations?

When I started planning a Frozen party  for my (adult) daughter I found that EVERYTHING was sold out- online and locally.

I had to rethink my  plan and find creative ways to add a “Frozen” theme to my party without using pre-designed products. It wasn’t as fancy as a party with Elsa and Anna’s faces printed on plates, napkins and cups, but it actually turned out to be quite fun.  (Surprise- in the last moments of party planning I did score a package of Frozen dinner plates and mixed with purple plates they looked pretty cute.)

As most of my parties are, this was a family party which included infants to Grandma and Grandpa.

Decorating was difficult without any official Frozen products.  Instead of focusing on the characters from the movie I focused on the colors of Frozen.  I used a purple tablecloth, blue napkins and pink forks.  My balloons and crepe paper followed the same color scheme.  I wanted to cut out some snowflakes but ran out of time. 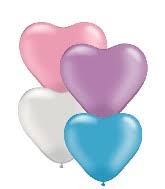 Play this game  like the traditional “Red Light Green Light”game.  When you hold up a picture of Anna everyone runs but if you hold up a picture of Elsa everyone must FREEZE! I found Elsa and Anna pictures on the internet using an image search.  (You can also find pictures of all the Frozen characters- use them to help with all phases of your party.)

I froze a marble in an ice cube for every participant.  The goal was to be the first to melt the ice and reveal the marble.  If they dropped it or hit it with something they were out of the game.  I used “Hot Hands” hand warmers for the prize.

I wrapped Fla-Vor-Ice cycles (unfrozen) in 10 layers of wrapping paper.  The package was then passed around while music from the Frozen soundtrack played.  When I stopped the music the person holding the  package took one layer of wrapping paper off the package.  The game continued until the package was unwrapped and the person left unwrapping the last layer got to keep the Flavorice as their prize.

We served little bags of carrots that we called “Olaf Noses”.

I made water bottle labels that said, “Melted Snowman” on them- probably should have said “Melted Olaf” but that may have been too upsetting for the younger crowd.

Blue Jell-O that has set up and then  cut into cubes also adds to the Frozen theme.

For prizes be creative and use gums and mints with an “icy” theme.  Winterfresh gum, sparkly blue fingernail polish, blue rock candy sticks, mints and gums can be fun  prizes.

I did find one “official” item that I could purchase for my party.  It was a Disney Frozen Edible Image Cake Toppers Frosting Sheet.  I thought it might be hard to use but I just gently pealed the frosting sheet off the backing and placed it on my cake.

If you can find official Frozen themed products then consider yourself lucky- if not, use your imagination and create your own Frozen party.  I hope these ideas will get you thinking.